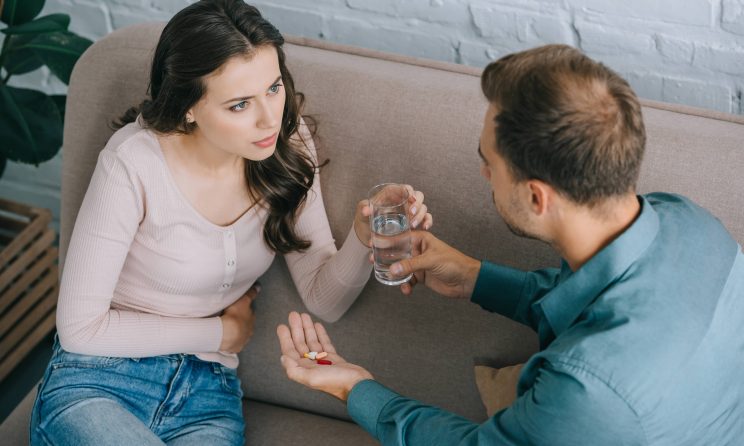 Treating One-Half of the Problem

Suppose you somehow get either gonorrhea or chlamydia — or both, which is actually quite common. You get tested, diagnosed and treated. But yesterday, you had sex with your partner. Now that you know you’re infected, it’s likely that your partner is also infected. If your partner doesn’t get treated for gonorrhea and chlamydia at the same time you do, you might end up passing the diseases back and forth. First, you give it to him/her and get treated. Then s/he has it, gives it to you and then gets treated. Then you discover you have it again, you give it to him/her and then you get some more medicine. And on and on it goes.

It takes two to tango and it takes two to pass on gonorrhea or chlamydia. Some medical professionals have realized that when you treat a patient with an STD, you’re potentially only treating one-half of the problem (one-half of the tango). The other half is the patient’s partner, who more than likely also has the same diseases.

What if you sent the patient home with enough pills for two people? That way, the patient’s partner could also take the pills without having to go to the doctor. It might increase the likelihood that someone’s partner gets treatment at the same time, and it might also increase the likelihood that the partner was notified in the first place. It’s easier to break the news about a problem when you also have the solution in-hand.

That’s exactly what Expedited Partner Therapy (EPT) is, and it’s quite controversial. The U.S. Centers for Disease Control and Prevention define EPT as:


Expedited Partner Therapy (EPT) is the clinical practice of treating the sex partners of patients diagnosed with chlamydia or gonorrhea by providing prescriptions or medications to the patient to take to his/her partner without the health care provider first examining the partner.

Centers for Disease Control and Prevention. Expedited partner therapy in the management of sexually transmitted diseases. Atlanta, GA: US Department of Health and Human Services, 2006.

The CDC has concluded that EPT is a useful tool to help control the spread of gonorrhea and chlamydia in heterosexual couples, and that it saves money by preventing treatment for reinfection. The practice was not shown to impact the spread of trichomoniasis, and no data was collected for men who have sex with men (MSM). It’s unclear whether EPT will be effective in controlling gonorrhea in the future, given the emergence of antibiotic-resistant gonorrhea. The CDC now recommends an injection to treat gonorrhea, which can’t be given through EPT.

There are also unanswered questions about the practice. For example, whose insurance pays for the second prescription? What happens if the partner has an allergic reaction to the medicine or takes a medication that interacts dangerously with the antibiotic?

Despite these concerns, the CDC believes it’s a tool that can help combat the spread of sexually-transmitted diseases. But the CDC doesn’t write the laws that govern our lives. Each state writes its own laws about prescription drugs.

The CDC partnered with Georgetown University’s Center for Law and the Public’s Health to analyze the current statutes, regulations and judicial decisions in each state and to render an opinion about the legality of the practice. The analysis also considered administrative opinions by the state Attorney General and medical or pharmacy boards. It didn’t take any local laws into account, except in the District of Columbia (DC), and it didn’t consider tribal laws for Indian reservations. It’s by no means an official decision about the legality of EPT in each state, but it gives us a pretty good idea of roadblocks that make EPT dead on arrival in a state.

As it turns out, EPT appears to be permissible in 43 out of 50 states. Only the Commonwealth of Kentucky and the state of South Carolina have laws that specifically prohibit the practice. In the remaining five states —
Alabama, Kansas, New Jersey, Oklahoma and South Dakota — it appears to probably be permissible, but that’s not entirely clear. The study was last updated in November 2017 and is scheduled to be updated again in July 2019. You can read the results of the analysis here.

If you live in a state where EPT is permissible, that doesn’t mean it’s an accepted or recommended practice. It’s often up to the individual medical practitioner to decide if s/he agrees with the CDC and believes EPT is a good method to help prevent the spread of the most common STDs. If you see someone who believes in EPT, you might get it. If you see someone who doesn’t, you probably won’t, even if you ask.

Of course if you go to your doctor to get tested, you and your personal information will be reported to the state health department if you test positive for either or both sexually-transmitted infections. But I’m sure your state government has super-secure computer systems and top-notch IT staff so that nobody can hack into and steal personal medical information from their systems.

If you’d rather your test be anonymous, click here and follow the steps in our free guide to anonymous STD testing. 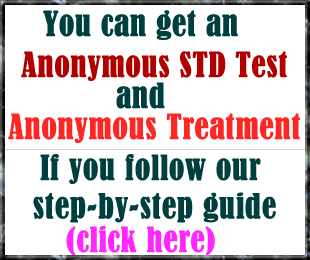